Agent Aika: Beautiful Agent
Rion Aida (相田りおん, Aida Rion) is the 18 year old daughter of Gozo Aida and the salvaging partner of Aika Sumeragi. Although at times, Rion just appears to get on Aika's nerves, Aika has been shown to care about her very much, as shown when she risked her life to save her from the Delmo Corps.

From Dvd: She´s a female James Bond: Spunky, tough and competent. She has a knack for getting into situations and finding resourceful solutions.

Rion has the appearance of an 18 year old girl, with chestnut brown hair, which is almost shoulder length, glasses, and like many other females in the series, has medium breasts. In the beginning of the series she wears a yellow tank top over a white, buttoned, collared shirt, a green skirt, white panties, and red boots with yellow bows. Throughout the series, she also wears a Black Delmo uniform and a Blue Delmo uniform.

Despite having no combat training whatsoever, Rion Aida shows she is able to come on top in multiple situations in which logic would say she should be defenseless, even outnumbered or against trained soldiers. Examples include: 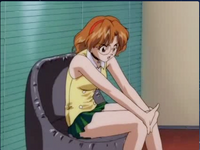 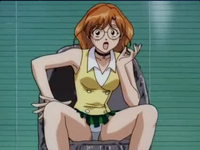 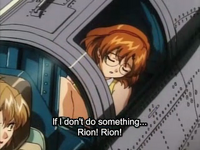 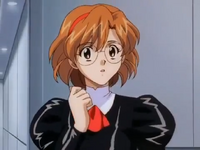 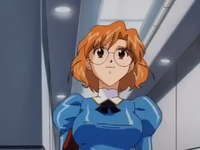 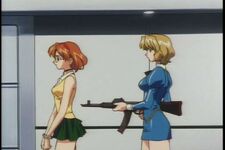 She's planning to strip and knock out... 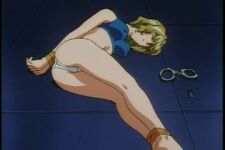 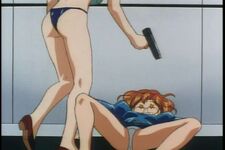 Rion gets knocked out by Aika Sumeragi. 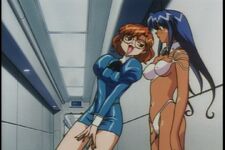 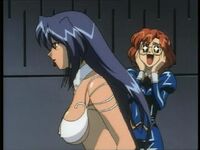 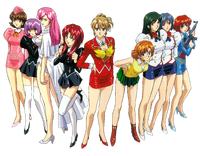 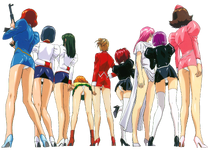