Naomi has long brown hair. Alongside her Black Delmo uniform, she is seen in casual clothes including a pale turquoise summer dress and brown heeled boots.

Naomi was among the group of Black Delmo which attacked Aika Sumeragi and Gusto Turbulence in the underground parking lot, led by the Black Delmo Leader. She tried to use a fancy flying kick on Aika, but the salvager easily evaded her attack and grabbed her leg in the process. She then took advantage of the girl's momentum to swing her as she could only scream in fear and throw her violently against Rika, who was walking aimlessly and distracted while still trying to recover from the electric discharge Aika had given her on the head. The impact sends both girls crashing down to the floor, where they are left sprawled on the ground out cold, Rika lying on her side and Naomi face up, her legs wide spread. It is in this position that we get to contemplate her again as Neena Hagen dissapointedly reviews her beaten soldiers. Naomi's skirt is hiked up above her hips, and her face has an expression of anguish, her cheeks blushed furiosly as a line of drool falls from her slightly open mouth. [1]

Naomi makes yet another appearance in Trial 4. In this case, she is part of a group of Delmos Aika and Rion ambush while trying to find a way to escape Rudolf Hagen's ship. As Aika makes quick work of another girl, Naomi, instead of assisting her comrade, prefers to call for help instead. Her effort is cut short, however, when Rion suddenly apears from behind and hits her square in the back of the head with the stock of a rifle, inmediately leaving her out of comission before she can say as much as a single word. The beaten girl then crumbles to the ground unconscious with a sad whimper. There she lies face down, chest against the floor and ass raised, her skirt lifted and exposing her panties.

Afterwards, Naomi reappears one more time during the unsuccessful attempt by the Delmo Corps to eliminate Aika during her vacation at Peroronka Island. She is seen again as part of a Delmo group, this time led by Bianca, which confronts Aika in her hotel room, revealing their true identity. However, Aika manages to escape from them by jumping down from her room's balcony, freeing Rion Aida and Shuntarou in the process, so Bianca's group begins a pursuit. After some running, Aika and her friends are forced to fight the Delmo in the hotel's kitchen, making quick work of all of them. During the fight, Naomi somehow ends up alone face to face with Aika after the salvager makes quick work of Ayumi. Aika then grabs her by the shoulders, as in some kind of comforting gesture, before revealing her true intentions and pulling her upper body down, violently burying her knee deep in the helpless girl's stomach as she can only moan in pain. She is the second girl to fall. [2] 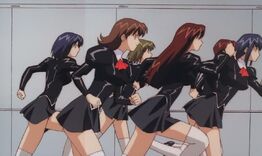 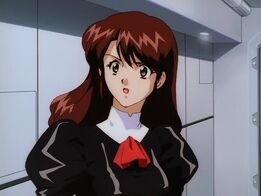 Naomi watches in shock as Aika deals with her friend. 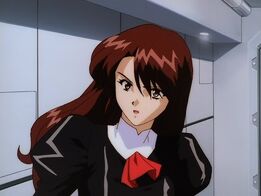 Better do something before it's too late. 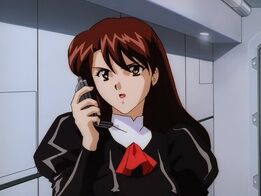 Attempting to call in reinforcements. 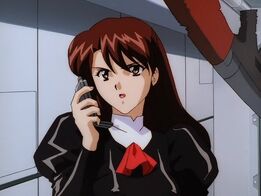 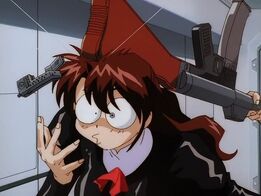 A soldier should always watch her back 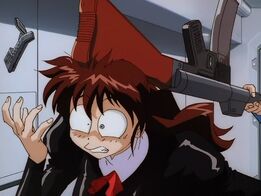 That looks as if it hurts. 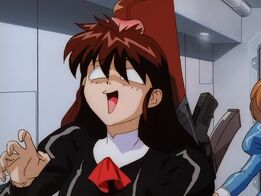 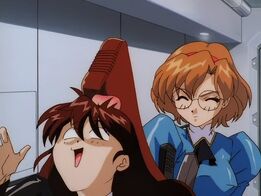 Crumbling to the ground as Rion shows herself. 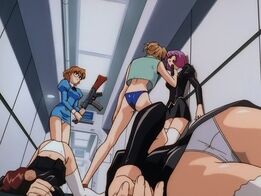 Aftermath.
Add a photo to this gallery

Retrieved from "https://aika.fandom.com/wiki/Naomi?oldid=9392"
Community content is available under CC-BY-SA unless otherwise noted.