Nanami has brown hair. She is seen in her White Knights uniform with long, white thigh-high socks. She is the shortest of the trio

Nanami is one of three most recent White Knight recruits. Their duties are to guard the church which covers the entrance to E.T.A.I.'s underground lair and helping Miyu capture more girls to increase their numbers. Like all White Knights, their combat abilities are of a level that can rival trained combatants like Aika or Risako.

She is first seen at the beginning of episode 1 inspecting a black haired girl who is later knocked unconscious by the Alien Tendrils and Nanami hoists her over her shoulder for a final inspection which the girl passes.

Nanami is the first to fall for Aika's trick when she gets close to inspect the body of the lead Hamlet actress. Aika then violently kicks her in the solar plexus just as she is realizing the trick. The strength of the impact makes her bend furiously at the waist as she screams, causing her ass to lift up and stick out, sending her short skirt flying upwards. She then remains inmobile and in shock for some seconds, her face blushed and Aika's foot still embedded in her stomach, before tumbling over and falling to the floor, where she lies out cold on her side, her skirt obviously hiked up and ass fully exposed.

Later, she, Misaki and Yui are taken by three other White Knights with Nanami shown draped over Misumi's shoulder, Miyu and E.T.A.I are there and angry at the trio's failure decides to demote them and keep them as captives. 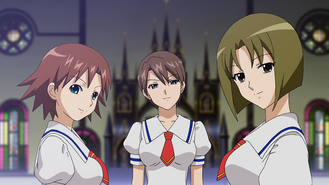 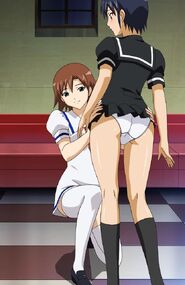 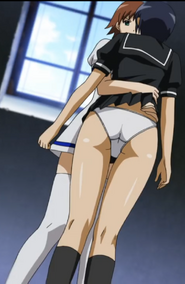 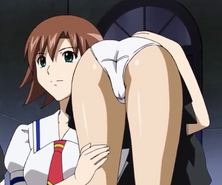 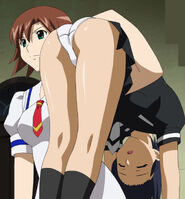 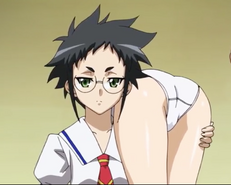