Agent Aika: The Golden Delmo Operation
Golden Delmo (金デルモ) are special forces of the Delmo Corps and the antagonists of the second arc of Agent AIKa.

The Golden Delmo uniform consists of a skintight gold one piece dress which is white around the neck and has a slit around the cleavage area, puffy shoulders, white cuffs, golden high heels, and ankle-high white socks. Also the uniforms have streaks of color around the white neck/cleavage area, the tops of the cuffs, and the lightning bolt and dot on the bottom of the skirt. Each different member has a unique color: black for Bianca, red for Rie, purple for Sania and green for Tonia. 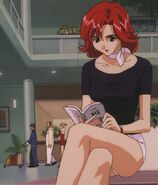 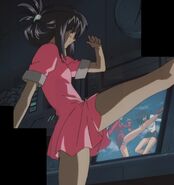 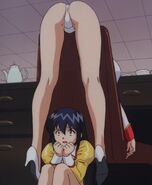 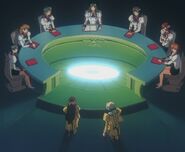 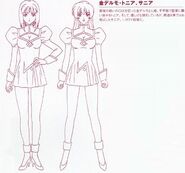 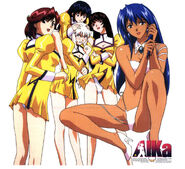 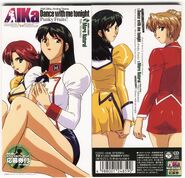 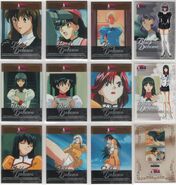