7 + Special (List of episodes)
Agent Aika (アイカ, Aika, stylized AIKa) is an adventure anime OVA series produced by Studio Fantasia. The series follows Aika Sumeragi, a salvager for hire who gets caught up in a plot for world domination. The series were released in Japan from April, 1997 to May, 1998. The anime was initially licensed in North America by Central Park Media, but was later licensed by Bandai Entertainment.

The series was well known for large amounts of fanservice, specifically "creative" camera angles that focused on the undergarments of the many female characters that populate the show. On April 25, 2007 the first volume of the three-part prequel OVA AIKa R-16: Virgin Mission, detailing Aika's time when she was 16 years old, was released in Japan. A remastered version of the original series was released also, along with a special live-action edition of Agent Aika. In 2009 the OVA AIKa Zero with 19-year-old Aika was released.

Tokyo has sunk into the ocean, along with most of the world, during a large-scale land subsidence. Aika Sumeragi is a salvager who works for a small company run by a father and daughter tandem. Alas, the company isn't exactly successful, and money is needed desperately. Thus, Aika accepts the very dangerous job of acquiring an artifact called Lagu for a hefty sum. The boss' daughter, Rion joins Aika on this particular mission, and the two set off.

Later on, Aika and Rion Aida are captured by Rudolf Hagen — an effeminate but oversexed man who wants Lagu and Aika (and just about every pretty girl) for himself. Hagen commands a huge battleship manned (or womanned, in this case) exclusively by droves of cute girls in mini-skirts (an example of what is often called "fanservice"). Alongside Hagen is his obsessive sister Neena, who is jealous of Aika, as well as another salvager named Gusto, who's also after Lagu and has a crush on Aika as well. When Aika's special bustier is activated, she becomes a Superhuman who can take on whole armies by herself.

The next three episodes were released from August 25, 1998 to April 25, 1999. The animation was redone to include the new characters such as Michikusa. The opening theme was "Manatsu no Seiza" (真夏の星座) by Mink, and the closing theme was "Dance With Me Tonight" by Punky Fruites. 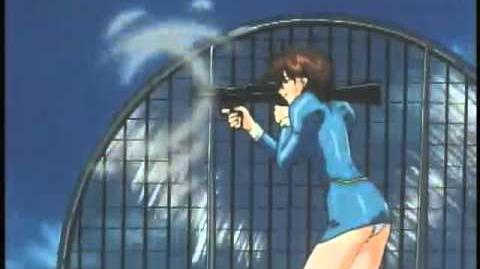 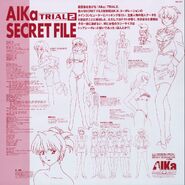 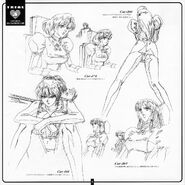 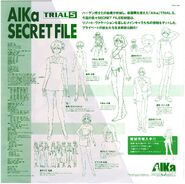 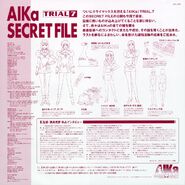 Retrieved from "https://aika.fandom.com/wiki/Agent_Aika?oldid=9611"
Community content is available under CC-BY-SA unless otherwise noted.