What's on your mind?

Hello, everyone. I was just wondering where did the information about each girl's name comes from, since I never knew they actually had names.

Also, is the image attached correct? From the Balck Delmo page I understand Misaki is the only one left unnamed in my image, but I would say it's more logical for her to be the girl I gave the name to, since otherwise she would be the only one from Trial 5 who would be nameless.

I'm assuming names must come from the image titled "Black Delmo Sketch", which would seem to agree with my theory of who Misaki actually is.

Just giving thoughts to things I never wondered about before lol. 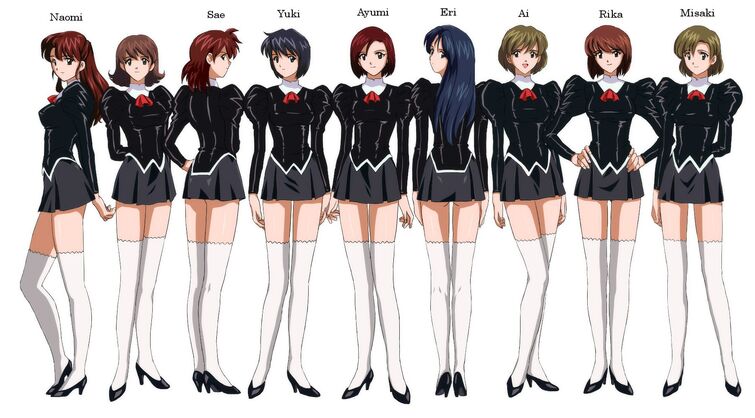 Okay Recently I bought "Aika - Complete Collection" later I bought Aika R*16, Aika- Naked Mission, and Akia Final Battle. While at the time I didn't know that both Aika - Naked Mission(aka Part 1) and Aika - Final Battle(aka Part 2) made up the complete Series Collection. I know that Akia R*16 is a prequel, and I still have to get Aika Zero. My question lies in where does the movie Aika - Lace in space fall into the series is it included in the complete series collection or a seperate film all together. I only found it on VHS is it seem older then the others.

(edited by A Fandom user)
Guidelines